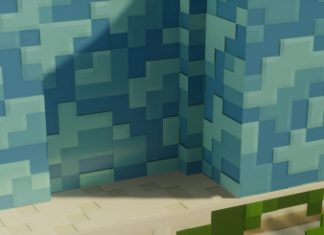 HunGo - June 16, 2022 0
A Texture Pack with a Theme This texture pack is a conversion from Java Edition and focuses on eliminating noise while supporting the current...

5 Best structures to build in Minecraft (Anyone can build)

Since its first release, Minecraft Pocket Edition has gone a long way. It allows gamers to take the fantastic world of Minecraft with them wherever they go.

Naturally, this entails creating on the fly and even designing incredible inventions. Modpacks, which can change the game, can help players spice things up a bit. Here are the top ten Minecraft PE must-haves.

Mods are essentially game changes that allow gamers to alter their experience. This can range from little tweaks like updating a few visuals or sounds to game-changing massive modifications.

Modpacks are simply collections of mods that users may use to customize their gameplay. Modpacks are usually made up of elements from a single theme that are combined to create a unique experience. Here are some of the best.

Actual Gun 3D mod is must-have modpacks. It’s a wonderful place to start for those wishing to spice up their gameplay and change the way Minecraft works.

Players can choose from ten different guns, each with its own set of effects and strengths. They can even use a sniper rifle to take out those pesky creepers!

Fans of both Minecraft and Pokemon will enjoy this mashup, which allows players to not only view Pokemon in the wild but also capture and combat them.

And don’t worry, if your Pokemon is hurt, you can always take them to a Pokemon center to get them treated.

Armors and Extra is must-have modpacks. It’s amazing modpack can be used by players who want to add a variety of various armors and weapons to the game. They’ll be able to make armor out of a variety of materials, including gold, copper, and even pure netherite.

Furthermore, new weaponry such as chainsaws can be used to approach combat in novel and interesting ways.

In Minecraft, villagers may require some protection from time to time. However, with this modpack, users will be able to equip their villagers with weapons and armor, making it much easier for them to defend themselves.

Furthermore, they can recruit these villagers and have them follow them on their adventure into the world, providing gamers with a well-armored companion.

Expansive Biomes is must-have modpacks that adds over 20 new biomes to the game, giving players more options for creating their own world.

This can be a terrific method to breathe new life into the game if you’re weary of the same biomes and sceneries.

This is an excellent modpack for gamers that enjoy animals or simply wish to expand the diversity of wildlife accessible in their environments.

Wildcraft is sixth must-have modpacks mod adds a variety of new mobs to the game, ranging from safari animals to gigantic whales in the ocean.

You can reffer Wildcraft on: https://www.curseforge.com/minecraft/mc-mods/wildcraft-advanced-animals-in-minecraft

Without a zombie apocalypse modpack, no list of modpacks would be complete. This is a fantastic method for fans of zombie fiction to immerse themselves in the world of Minecraft and experience the excitement of a zombie apocalypse.

This has been tailored specifically for players to survive against zombie hordes, and it will completely affect how they feel when they see a zombie in the game.

Furnishing or decorating a player’s house or structure may be half the pleasure in Minecraft. This modpack adds over 200 new items to the game, allowing players to create high-end homes and designs.

Players will be able to customize their house or create to their hearts’ content, similar to the Sims, with a lot more goods.

It’s sometimes nice to just have a random encounter. Lucky Block is a game that does exactly that.

When players open a lucky block in this modpack, a random consequence may occur. Maybe it’ll rain diamonds on the player, or maybe it’ll produce a wither? It’s all a matter of luck.

Minecraft and Fortnite players can join forces in this modpack that merges the two games.

When this modpack is enabled, llamas and other Fortnite goodies spawn in the environment, and players can compete for the #1 Victory Royale.

With 10 must-have modpacks for Minecraft Pocket Edition that Mcpe addons recommend in this Arrticle hope that you can enjoy it with your friends. Thank you for following us. 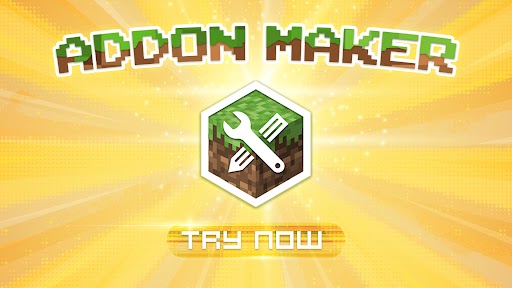 5 Best structures to build in Minecraft (Anyone can build)