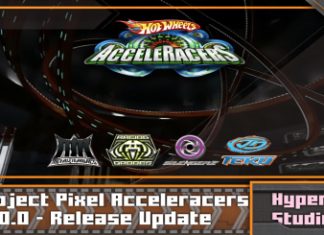 How to create a new post on mcpeaddons [from June 2022]

Expansive Biomes are formerly known as Plenty O’ Biomes which added 20+ new biomes for everyone to seek out and explore! It not only stops there but also adds more in the future! Do you want new biomes in your Minecraft world?

Come to this Expansive Biomes addon, you can see over 20 new biomes and new blocks inspired heavily by the Java Edition mod Bimoes O’ Plenty. There you can find a similar biome if you used to play that mod

Don’t for get TURN ON EXPERIEMNTAL GAMEPLAY

The expansive Biomes addon is in the early stages so still has some bugs, errors, and crashes. It may not work well on older/slower devices!

Humid, wet, swampy biome consists of water in the grass, you also can see patches of mud and large shallow bodies of water with the trees, the mossy boulders. Even you can see the Frogs and Crocodiles which spawn here

This is a hot lush desert with grass, sand, and red sand. The surface is cover with trees, cacti, small cacti, and bushes

Plains like biome consisting of many hills, with little vegetation.

That is a large beach with grass, sand, and palm trees with coconuts

Hot, plain biome pretty rare in Expansive Biomes. It includes f erupting lava geysers, and basalt pillars with the surface being made of stone, basalt, and smoldering stone

Tons of pumpkins, bushes, and occasional large pumpkins in this plain biome

It also rare to find in expansive biomes, this jungle biome with stone and grass surfaces and large bryce pillars

A forest with the skinny spruce pine trees, spruce trees, and bushes. There has a snowy variant

Shore biome with black sand making up the surface, currently only spawns with the volcanic biome.

That is a flat biome with broken a broken surface of grass, water and mud

High plateau biome of grass and hills with the occasional flower patch.

Here you can see a flat grove biome with lavender trees and lavender flower!

Forest biome in expansive biomes consisting of spruce pine trees, and ferns. (has a snowy variant)

Explore the large plateau biome, which steep cliffs and a flat valley. It includes small pine trees and occasional pillars with the surface being made up of hardened dirt and grass

It consist of small frozen lakes and mountain pine trees

The large birch pendula trees, and bushes in this biome

A bunch of huge redwood trees, ferns, and bushes

Vibranium Ore spawns at y level 32 and below here, and is hard to find. Inspired by the MCU.

Wet and humid biome with dense tall birch trees, and pockets of water making up the surface. Frogs will spawn here.

This biome includes tons of maple and spruce trees, pretty rare chance to find syrup in a tree

Island biome rain to find with palm trees on the surface.

It can only be mined with a Netherite pickaxe/Vibranium Pickaxe, and will drop Vibranium Crystals when mined

Re-skined Skeletons and Zombie that spawn in the Bog biome

It is a neutral mod towards players unless angered. You can trade with pelts, leather, and hide, but their trades will not replenish

It spawns in water where it’s move fastest

Grizzly Pelt Armor: Made from Grizzly Bear Pelts, and iron armor. It’s a little stronger in protection, and durability than iron, and has a working cloak! (Remove cape from player to avoid them from glitching through each other.)

Vibranium Armor: Made from vibranium ingots, and is stronger than Netherite, more knockback resistance, and has slightly better durability. Some parts will glow in the dark unless enchanted.

IF USING IN A VIDEO, LINK TO ORIGINAL POST ON MCPEDL.com
DO NOT REDISTRIBUTE YOUR OWN DOWNLOADS/LINKS, OR POST ANYWHERE ELSE WITHOUT MY PERMISSION!

Credit to MACHINE_BUILDER for his awesome Feature Rule Generator program!
Credit to Ecko0087 for the door coding!
Credit to Crovono from Discord for helping with structure problems
Credit to Nargoth and Skycubb73 for ongoing Hungarian and French language support.

👉 If you like this addon, you can also check our Bioplentia Addon – Magnificent Biomes, REALSOURCE RTX Texture Pack