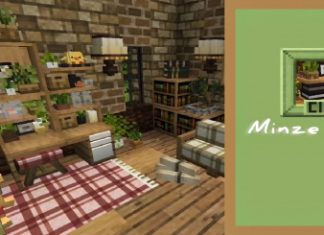 HunGo - June 27, 2022 0
A bundle of furniture for Minecraft is called Minze Be. This set includes a desk, drawer, floor shelf, cabinet, plant, and shelf decor as...

This addon is a great addition to the first generation! It is, however, meant to function independently!

THE FIRST GENERATION ADDON IS COMPATIBLE WITH SERP Pokédrock’s 2 .

(SERP Pokédrock’s 2 addon is compatible with both the beta and the official versions of Minecraft Bedrock 1.17) Read the installation instructions as well as the changelog.

is forbidden to redistribute, edit the files or steal codes of this addon, if you will make a Review please give credits.

Other Addons Minecraft PE you can check In MCPE Addons:

This addon will be based on the Pokédex of Johto.

It is banned to share this addon; nevertheless, if you write a review, please credit the author.

This addon was solely uploaded to MCPEDL; it is not affiliated with any other program, such as “mods for Minecraft,” other YouTube channels than Zacek el Serpentn, or other platforms than MCPEDL.

This addon’s creatures and items are all based on characters from the video game series: Pokémon