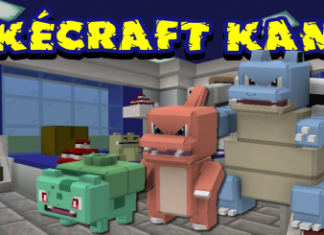 HunGo - October 4, 2022 0
Based on the well-known video game franchise and animated Pokémon, PokeCraft Kanto is a Pokémon add-on. Catching and leveling up Pokémon as you explore...

Paragliders [From Java to Bedrock]

What do you think every mob in Minecraft wants to live in peace and harmony with each other as neighbors. So what's about the opposite? Let's imagine all mobs in Minecraft become get angry at each other and fight like enemies. You will know exactly what Angry Mobs Addon is about!

Now you will see the world includes fight mobs! They will attack every other mob that doesn't look like them. For example, Villagers attack iron golems, parrots with pandas, zombies vs husks, ghasts vs blazes, shulkers and Endermen, bla bla. That's exactly a mad world!!

If you do a review/showcase Angry Mobs AddOn, thank you! Please link back to this page on mcpedl. Cheers!

👉 If you like this addon, you can also check other ones on MC Addons