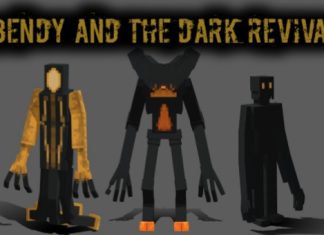 Prepare to search for the hidden fragments of the gods’ ancient weapons!

Lost Weapons addon updated is a game add-on that adds 23 new weapons, structures, and bosses to the game!

Prepare to search for the hidden fragments of the gods’ ancient weapons! Lost Weapons adds 23 new weapons, structures, and bosses to the game!

To obtain a weapon piece, look for the frozen stone between the heights of 4 and 70 and break it using a diamond or netherite pick. To make any weapon, you’ll need three shards. A hot stone is also formed in the nether, which gives you previously thawed bits!

The fragments must be defrosted in the furnace!

To make the weapons, arrange them in the following order:

Ymir, a boss who spawns in snowy biomes and deals 25 damage and has 350 health, has been added. When you kill him, you’ll get 4 to 8 diamonds, 30 ice blocks, and the “frost” weapon.

Some addons about weapon you can check in Mcpeaddons.com:

The Ice Plains biome was modified

Now Mjornil and Frost are in 3D!

Play my new games for free on Google Play!