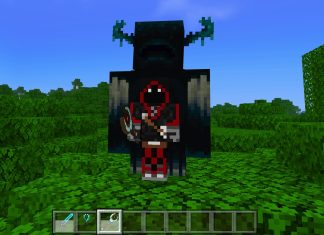 The legendary Pickaxe in the Minecraft universe has been stolen by an evil force. Anyone who gets Pickaxe, they get an equal strength with God. That’s so dangerous!! It will threaten to the world, so your mission now is to get back what was stolen. Let restore the world order in this adventure map

The legendary Pickaxe has been stolen by an evil Enderman! You have been here as a world traveler and known for epic missions around the world. This time, you’ve been given the task of finding Pickaxe, then returning it to its rightful owner.

Rules of The Legendary Pickaxe Map

Let watch some capture of this map:

You can get ZIP file here: The Legendary Pickaxe [Adventure]

👉 If you like The Legendary Pickaxe, you can also check our CDisney’s EPCOT Center created by Mickeynerd17; Redstone World created by Logboi14YT