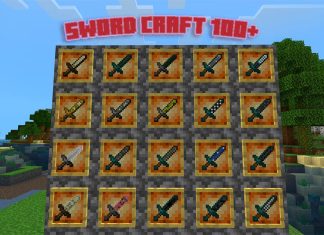 Dimension Update: Endless Void is one of the most polished add-ons that we recently made. Endless void aims to improve the End by adding new mobs, biomes, weapons, tools, and much more.

Ethereal ruins are new structures, here you will find trapper spawners and some loot.

Ethereal Towers are new structures, they are rare to find, they are infested with trappers and also you can find some loot.

Zircon columns are found in the sky of the end, they are used to feed enderpillars.

Blooming Fields Are One Of The 3 Biomes That Youll Find In The Outer Lands, They Are Full Of Vegetation & Cobas

Puffle Jungles Are The Home Of Blomps/Enderzoids wich are one of the most dangerous mobs of this addon.

Blomps are hostile mobs, they will attack you by shooting electro-spike balls, once you killed them, a falling body of them will fall, if you don’t break it before 30-60secs the blomp will respawn

Cobas is non-hostile mobs, you can mount them by taming it with Blipxies and using Blipxie on a stick

Dribs can be found in end cities, you can trade with them by using sole ingots

Endo-slugs can be found in Endgrove forests, they are neutral mobs, and they can be fed with Zircon crystals, once they are fed, they will drop their scales, which are used for crafting Tanzanite Armors

Trappers Are A New Hostile Mob, They Will Try To Kill Players, Endermans, Zombies & Skeletons By Leaping & Mounting Them, They Usually Attack In Groups Of 2 Or Even 5.

Huge Thanks To Goggled Gecko For His End Biomes Code!